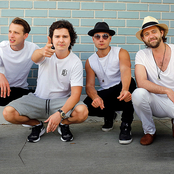 Lukas Graham is a Danish pop rock-soul band consisting of Lukas Graham Forchhammer (vocals), Mark "Lovestick" Falgren (drums), Magnus “Magnúm” Larsson (bass) and Kasper Daugaard (keyboard). Launching their debut album in 2012 on Copenhagen Records, Lukas Graham quickly became the most popular live act in Denmark. That success translated to the rest of Europe and caught the attention of Warner Bros. Records who co-signed them in 2013. The band’s music was first introduced worldwide with the release of their two singles "7 Years" and "Mama Said" in October 2015. "7 Years" resonated with many listeners and quickly made its way up numerous Spotify Top 50 Viral and Country charts. Their second album is expected to be released in May of 2016.