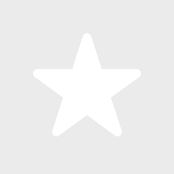 Deniz Koyu has without doubt proven to be one of the most promising talents to watch out for since 2011.His course to become a musician was set at the tender age of five when he began to learn the piano. It didn’t take long until he discovered his enthusiasm for synthesizers and drums, getting inspiration from artists such as Depeche Mode, Daft Punk, Kraftwerk or Cassius. It is no surprise he followed suit, spending his pocket money on all the second-hand synths and drum machines he could find. Through his teenage years, Deniz spent his days DJing and editing his favourite tracks using small tape recorders and sampling what he could.In 2011 Deniz single releases "Tung" and "Hertz" on Flamingo Recordings and his remixes for James Blunts "Dangerous" and Kaskades "Turn It Down" evolved into huge house anthems at clubs and festivals around the globe, being played over and over by Tiesto, Swedish House Mafia, Fedde Le Grand, Avicii, Alesso, Erick Morillo, David Guetta, Calvin Harris, you name it.Fedde Le Grand voted Deniz "Breakthrough DJ/Producer 2011", Sebastian Ingrosso called him "big time talent", and Axwell replied to the question of a Swedish journalist if he had personal favourites among young DJs: "Deniz Koyu. He makes damn cool music at the moment."In 2012 MTV added Deniz to their "EDM Rookies To Watch" list, calling him "a blazing new talent" and putting him in good company with Alesso, Zedd, R3hab and Nicky Romero. Deniz was hand-picked by Axwell to play at the world premiere of Cosmic Opera in New York, performed at Ultra Music Festival Miami on the peak of his North America headline tour and got confirmed for his first-ever Sensation White appearances.Production-wise Deniz kicked off 2012 with a remix for Fedde Le Grands "So Much Love", a heavyweight collaboration with Fedde and Johan Wedel on "Turn It", and his uber-hit single "Bong". Next up was a new track with Wynter Gordon called "Follow You"and stunning remixes for Zedd, Digitalism, Miike Snow and David Guetta.Deniz Koyu is starting 2013 in style with the release of his much anticipated release "Halo" with Dirty South on his Phazing label. In February Deniz will launch the "Generation Wild" Tour, taking him to 20 cities in 25 days in North America. March 2013 sees the the follow-up to "Bong": the new EDM anthem "Rage" which will be released on Sebastian Ingrossos Refune imprint.So stay tuned, watch out, there is plenty more to come...